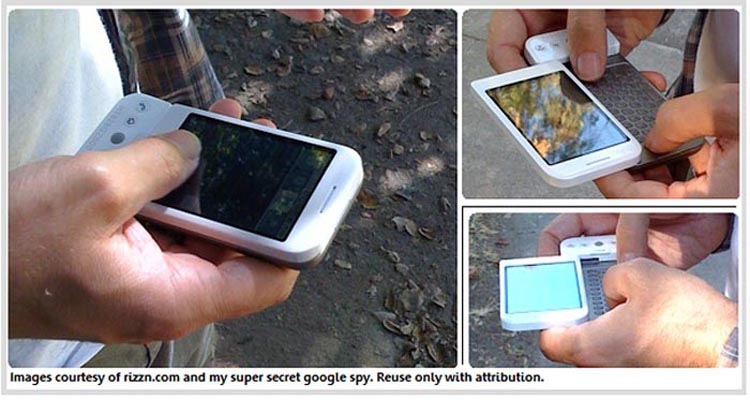 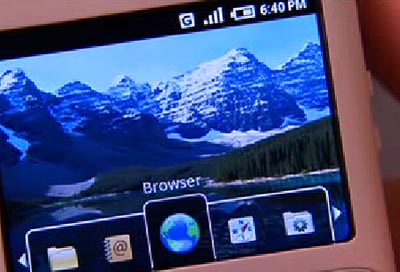 After what seems like an eternity, the monumental day is finally upon us. We’ve listened to the random conjecture of industry experts. We’ve caught wind of spy pictures and photos in the wild. We’ve even seen an official demonstration held by Google itself. And tomorrow, we will officially be introduced to the HTC Dream G1 Google Android smartphone. Should you care?

Google Android and You

A lot of people aren’t really sure what to expect from Google Android and I feel that I am among this company. Google has really started to dominate my online life, providing me with my preferred services for e-mail access, RSS feed aggregator, currency conversion, weather reports, instant messaging, video sharing, website statistics, blog monetization…. the list goes on and on and on. Google already has quite the grasp on everything that I do online and with the recent introduction of Chrome, the search engine giant is extending its reach even further. With Android being officially announced and made available tomorrow, this extension into the mobile world kicks into high gear.

It’s common knowledge that Google likes to collect information from its users. This is why the search engine results seem to be so darn relevant and everything is (almost) perfectly targeted to each individual user. The Google toolbar found in Firefox and Internet Explorer collects your searching habits, so will Google Android do something similar with your mobile habits too?

Got an issue with the big brother complex? Realistically, I wouldn’t be too concerned, especially if you’re already accustomed to using Google’s search and other services. Most of the information remains either anonymous or aggregated anyway.

Spiritual Successor to the Sidekick

After a little muddling around, Steve Jobs and Apple decided to partner with AT&T to bring the iPhone to the citizens of the United States. AT&T (which was once Cingular) has one of the largest subscriber bases and reach in the U.S., so the partnership has surely worked out in Apple’s favor. In keeping with the GSM market and not wanting to be sold alongside the iPhone, Google (and the Android consortium) decided to go with T-Mobile, the other major American GSM provider.

Yes, Sprint is getting an Android phone too, but the first one is going to T-Mobile. You’ll also notice that the HTC Dream G1, which will be sold as the T-Mobile Dream G1, takes on a form factor that is quite similar to the Sidekick Slide in many ways. There are slight differences, but the similarities are undeniable.

Will T-Mobile replace the Danger OS-powered Sidekick in favor of an Android communicator? Perhaps. Whereas the Sidekick was largely going after the younger demographic, an Android-powered family of smartphones could have wide, far-reaching possibilities.

Following this line of thought, I have a burning suspicion that smartphones powered by Google Android, whether they be made by HTC or anyone else, will initially follow the same development and marketing cycle as the Apple iPhone. They phones will initially be marketed as a device for the masses, offering them instant access to mobile email, instant messaging, weather, music, entertainment, and basic organization.

As the platform matures, Google Android phones will be able to better tackle the business world with more corporate-minded features, just as how the iPhone 3G is doing Microsoft Exchange ActiveSync these days. You’ve probably noticed the ads on TV that talk about how the iPhone “works for work.”

Google Android is designed to be a completely open platform, just like Linux, so you could be faced with many different variants and huge possibilities for homebrew development. You can even go ahead and download the SDK from Google today if you wanted to.

The key difference between the iPhone App Store and the Android Marketplace is that the former is governed by a single company, whereas the latter is more of an open marketplace. With the App Store, apps must first be approved by Apple before they can appear, but Apple can retroactively remove these applications too. With the Android Marketplace, it’s like a free market. Develop whatever you want. Will the guiding hand of the free market keep everyone in check? Or will we be just as scattered and disorganized as rogue apps for Windows Mobile phones?

Looking to the Future

When Google first jumped into the search engine game, not too many people would have predicted the level of popularity that it enjoys today. The same can be said about something like Gmail and I foresee increasing interest in Chrome (just like how more people are switching from IE to Firefox). In this way, I believe that while Android won’t be hugely widespread in the first little while, the backing of Google (and all of those companies in the Open Handset Alliance) will take it places.

As if the smartphone world was crowded enough with the iPhone, BlackBerry, Windows Mobile, Linux, and Symbian, as well as several variants of each (HTC TouchFLO, Asus Glide, etc.)… Will Android be able to best these guys just like how the Google search engine managed to best MSN, Yahoo, Hotbot, Lycos, and the rest of the web search crew? Time will tell.