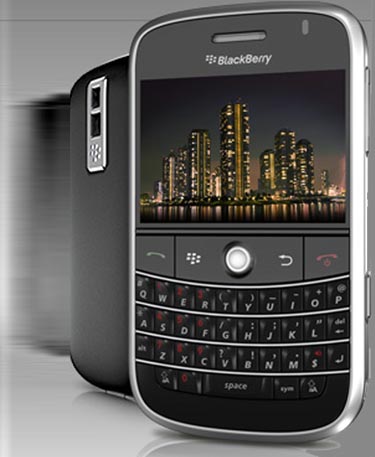 You’ve probably heard me say this before and there’s a good chance that you’ll hear me say this again. Cell phones are just cell phones anymore. It really is amazing when you stop and think about how many things that a mobile phone is capable of doing these days, seeing how the concept of a cellular phone has only been around for such a short while. Second perhaps only to the personal computer, the mobile phone has gone through one of the fastest development cycles that this world has ever seen.

Consider what most phones can do these days. In addition to accommodating your standard voice calls, which is already pretty stellar in the grand scheme of things, even the most basic of mobile phones can be used as a calculator, a watch, an alarm clock, a basic organizer, and a digital camera. Sure, some of these functions aren’t quite as powerful as their standalone counterparts — especially when it comes to the camera thing — but the mobile phone could be the greatest of all convergence devices.

And these days, mobile phones are even starting to border on the territory typically occupied by notebook computers. Surf the web. Check your email. Organize your schedule. Play your music. The smartphone, in particular, can do it all.

It Started with Functionality

I still remember when one of my friends got one of those early Nokia cell phones. I don’t remember the exact model number, but it was monochromatic and had a basic menu. That was when I was first introduced to Snake and, well, a more comprehensive cell phone menu system. Prior to that, all you had were the single-line displays on Motorolas.

A lot has happened since then, as I’m sure you’ve noticed. We’ve added rudimentary organizers, calculators, and a few functions borrowed from standalone PDAs. While the inclusion of cell phone games was largely a matter of entertainment, most of these new functions were meant to be useful. You do want a clock, right? You could probably use a calculator, correct?

Moving into the business world, Research in Motion made it possible (and somewhat affordable) to access your email inbox on the go. The BlackBerry was born and it was a functional device for corporate types. At the time, the average consumer had no real need for wireless data or mobile email, because they were perfectly satisfied with SMS and voice calls. Heck, most people still don’t use MMS to this day.

In the past few years, however, the average consumer has suddenly become much more interested in what the wireless web and mobile Internet access can bring. Stuck at a boring dinner and missing out on Monday Night Football? No worries, because ESPN Mobile can push scores and highlights to your phone in real time. Out on the town and feel like catching a movie? Don’t reach for the newspaper, because you can find showtimes through your phone as well.

True vanilla data is still pretty expensive for Canadians (it’s getting better), but there are all sorts of packages for unlimited mobile browsing. If you get an HTML-equipped mobile phone, like the Samsung Instinct or LG Voyager, you can effectively surf the “real” Internet and not just WAP sites.

As wireless data gets cheaper, more people are going to want it. I need not remind you that the concept of an email-capable phone, an MP3-playing phone, and a camera phone were once premium products. Those are very mainstream and, for the most part, highly affordable these days. It’s hard to find a phone that doesn’t have a camera.

Wireless Web For Fun and Games

Accessing the Internet on your cell phone used to be a premium service reserved for corporate types who had expense accounts to blow. They need to check email and do other things on their smartphones, because it’s a matter of business. With the introduction of devices like the HTC Touch Diamond, Apple iPhone, and so on, this has changed substantially. Everyone wants the web. If not for a functional purpose, they want it for entertainment and diversion.

I’m addicted to the Internet and you may be too. Wireless data is as popular as ever and the business will continue to grow. Check your Gmail. Watch a YouTube video. And keep up to date on mobile technology by accessing Mobile Magazine on your cell phone.