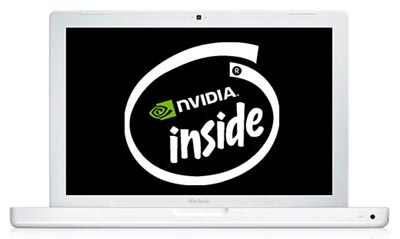 Steve Jobs and Apple are staying pretty mum on the matter, as usual, but we just caught word that the new Apple MacBooks will not get their graphics from Intel anymore, opting instead for a chipset from NVIDIA. Most people would probably agree that getting NVIDIA graphics is a significant improvement over Intel integrated graphics, yes?

No, it’s not quite the same as having a dedicated graphics card, but this embedded system sounds like it could be impressive with full HDMI support and low power consumption.