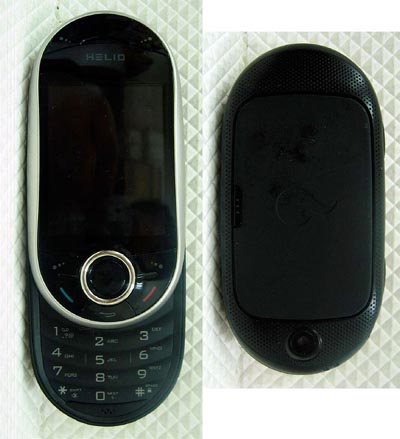 The original Helio Ocean was quite the popular device, because it offered the convenience of a numeric keypad and the text-worthiness of a QWERTY keyboard. As such, it is with great anticipation that we get to see the Helio Ocean 2, the appropriately named successor to the first Helio handset.

We’ve seen black and white technical drafts already, but what we have here are real deal photographs of the upcoming cell phone. As you can clearly see, the styling is slightly improved with some fashionable two-tone highlights and a svelte black body. It’s hard to tell if they managed to make the Ocean 2 any thinner, because the first Helio Ocean was a bit of a porker.

I’d say that the new Helio Ocean 2 looks pretty good. I wonder if Virgin Mobile is going to nab a version of their own, seeing how Virgin owns Helio now.