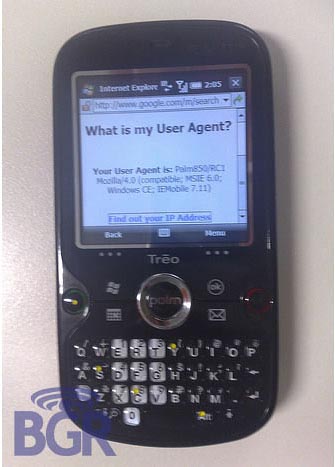 Some people may prefer to take the unlocked route and pay a bit of a premium, but others wouldn’t mind a hardware subsidy in exchange for a contract. If you fall into the latter category, this could be pretty good news for you.

AT&T already has the Apple iPhone 3G and it will be getting the BlackBerry Bold (eventually), so it only makes sense that AT&T wants to complete the smartphone trifecta with the Windows Mobile-powered Palm Treo Pro. Don’t let the Treo name fool you; this is a good looking device in my books.

Palm has already confirmed that the Treo Pro will be officially released through an American carrier. T-Mobile doesn’t really deal with Palm, so AT&T is the only logical choice… unless they do CDMA to the Wi-Fi, GPS, and HDSPA-equipped smartphone.