First, we were treated to conceptual sketches. Then we spotted the thing on some kind of leopard print. It’s about time that some real deal photos of the HTC Dream G1 found their way onto the Interwebz, seeing how there’s that big announcement coming up next week. Yup, here is the HTC Dream G1, complete with the highly anticipated Google Android operating system.

The phone has gone through several hands at Google, HTC, and T-Mobile, so it was inevitable that some “spy shots” would get leaked. There’s nothing particularly new here, but at least we see some real people really using a real phone.

I imagine that the official unveiling on September 23rd won’t be too monumental, seeing how they probably don’t have too many secrets left for us to devour. I remain optimistic though. 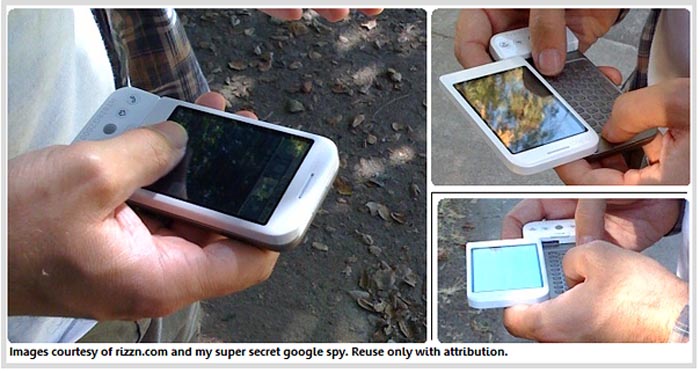