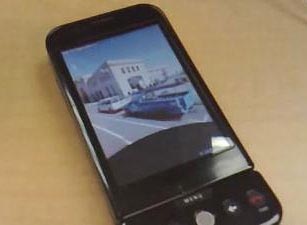 There are some pretty high hopes going into this whole Google Android vehicle, but what are they going to do about pricing? If a Reuters-sourced rumor is to believed, T-Mobile is ensuring that the HTC Dream G1 will be mighty affordable.

In case you couldn’t figure it out from the title of this post, the current rumor has the T-Mobile HTC Dream, complete with Google Android, going for the bargain basement price of $199. This puts it right in the same neck of the woods as the Apple iPhone 3G from AT&T. Furthermore, T-Mobile is said to offer a very aggressive data plan to go with the Android phone.

The official announcement and unveiling is scheduled to happen soon and Reuters is saying that the Android gPhone, as it is affectionately known in some circles, will launch on October 13.