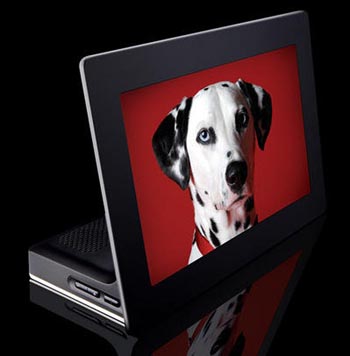 Generally speaking, ever since Kodak entered the digital camera and photo printer game, it has approached the lower end of the market. Such is not the case today, because this is one of the more expensive digital picture frames that I have seen.

You see, the key difference between regular $100-$200 digital picture frames and this new offering from Kodak is that the latter isn’t just a regular low-res LCD. Instead, here is the Kodak OLED photo frame and it will be officially unveiled next week in Germany. OLED technology offers a brighter display and richer colors.

Key features on the 7.6-inch OLED display include a 180-degree viewing angle, Wi-Fi connectivity, 2GB of internal memory, 16:9 aspect ratio, 800×480 resolution, 30000:1 contrast ratio, video playback, and a multi-card reader. Be prepared to fork out $999 for this Kodak wonder.