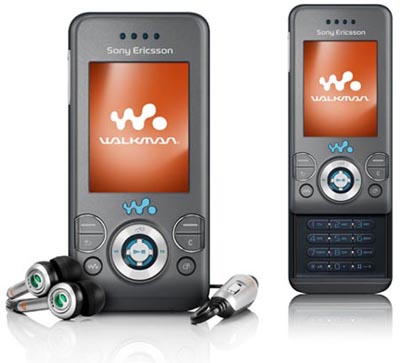 In an era that seems so focused on convergence devices and increasing efficiency, it’s a little curious why the MP3 player market continues to thrive. Several years ago, we were introduced to the first MP3-playing mobile phones and everyone expected that these multifunctioning cell phones would spell the death for standalone media players.

Well, here we are several years later, and the portable media player market seems to be as bustling as ever. How can this be? Haven’t mobile phone manufacturers been able to migrate the MP3 player experience to the confines of a cell phone yet?

Despite the plummeting price of flash memory, there really is no cell phone out ther today that can rival the storage capacity of something like the Apple iPod Classic. Sure, you’ve got phones that can handle microSDHC memory cards with as eight or sixteen gigs of musical enjoyment, but that pales in comparison to carrying around a 120GB jukebox in your pocket.

But what about small MP3 players? Why do the Creative Zen Stone, iPod shuffle, and other similar devices still exist? While these players typically come with pretty minimal storage capacity, rarely getting beyond the 2GB or 4GB range at best, they come with the added advantage of being incredibly compact. These kinds of media players are best suited for situations where physical size is more important, like going for a run or a working out at the gym. People don’t need over 100GB at the gym; they need enough of a playlist to survive the one hour workout.

With the noted exception of phones like the Samsung Juke, most mobile phones are nowhere near as small as these compact MP3 players. You’d also look a little weird with a mobile phone attached to an armband, but if you’re a trailblazer, feel free to strap that Sony Walkman phone on your arm at the local gym.

Here is another area where mobile phone manufacturers can spend some time developing. By and large, the user interface found on most cell phones — smartphones aside — is designed to work as a cellular phone. This makes sense, because that is the device’s primary function. They need to make it easy for you to access the contact list, send text messages, and perform other related functions. Supplementary features outside of this core group, like the calendar and calculator, are largely afterthoughts. And it seems that the MP3 player has also suffered as a result.

As with all convergence devices, there is no way that you can be perfect for all the different functions. When it comes to a standalone portable media player, it needs to be a good media player and the controls reflect exactly this. Although the Walkman software found on Sony Ericsson phones is getting better, it’s still not quite as robust as a standalone Walkman media player.

Going through the functions of most MP3 cell phones, you’ll find that the media player doesn’t have nearly as many options as a regular MP3 player. You may not be able to sort by artist, establish playlists, shuffle within an album, and so on. It’s simply not as robust, but this is slowly changing for the better.

When you are accustomed to about 20 hours of audio playing enjoyment on a single charge, it can be difficult to sacrifice that kind of battery life and adopt a media-playing cell phone instead. Sure, video playback life on most portable media players isn’t the best, but most allow you to listen to your audio tracks for hours on end. The battery is just a little more efficient, because it only has to do one thing: play music.

When it comes to mobile phones, however, there is just so much more going while the music is playing and the battery life suffers as a result. It’s got that background operating system, it’s connected to your chosen cellular network, and so on. For nearly everyone, having a cell phone with battery life is incredibly important, because you don’t want to miss an important call. A dead MP3 player isn’t quite as worrisome an event. As a result, you will be hesitant to use the MP3 player when you see that the mobile phone battery is starting to run remotely low.

I’m not sure what they can do to alleviate these battery life concerns, but mobile phone makers need to find a way to make the battery a little more efficient without taking away from the user experience.

Returning to Apple and the iPhone

Perhaps the most successful media playing mobile phone to date has been the Apple iPhone, largely capitalizing on our pre-existing interest in Apple iPod music players. The interface is familiar, even if it doesn’t have a click wheel, and the media player is just as robust in the iPhone as it is on most iPods.

This is going to echo the sentiment expressed by countless other individuals, but what Apple really needs to make is an iPhone nano. This “lesser” iPhone can be smaller and less expensive, the former of which is probably more important. It’s hard to sacrifice something as small as a RAZR or Samsung slider for something with the footprint of an iPhone.