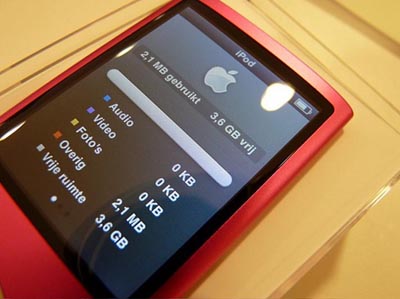 When Steve Jobs officially unveiled the fourth-generation iPod nano in San Francisco, we were shown only the 8GB and 16GB variants. Indeed, if you go to any Apple Store or any other retailer, you will only find the slender wonder in your choice of 8GB or 16GB. What if you don’t want that much space?

There were some mysterious images this morning of a 4GB fourth-gen iPod nano and now Apple has confirmed their existence. As it turns out, the Cupertino crew produced a “limited number” of 4GB iPod nanos and these are destined for international markets. Realistically, I think the price difference between a 4GB and 8GB model would be pretty negligible.

Apple has not confirmed which countries are being targeted and how many 4-giggers were produced, but we now know that they exist for sure.