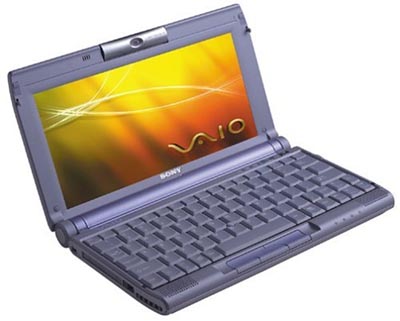 While the initial response to the Asus Eee PC was that the tiny laptop would be little more than a novelty, the subnotebook form factor has quickly risen to prominence and it’s clear that netbooks are here to stay. As such, it seems that Sony wants a piece of that small notebook pie too.

Following in the footsteps of such companies as MSI, HP, and Dell, it seems that we could be receiving a Sony Vaio netbook at some point in the near future. Mike Abary is the Sony VP of Technology Products and when asked about Sony’s netbook aspirations, he responded by saying, “Stay tuned.” That’s not an outright denial, but it’s not exactly a confirmation either.

Digitimes is also reporting that both Sony and Lenovo will “start shipping” netbooks quite soon. The market is now overflowing with netbook options, so Sony and Lenovo are able to capitalize on the freshman offerings of other firms. Oh, and what you see here is the Sony PictureBook from 2003. It’s not netbook, but it’s awfully close.