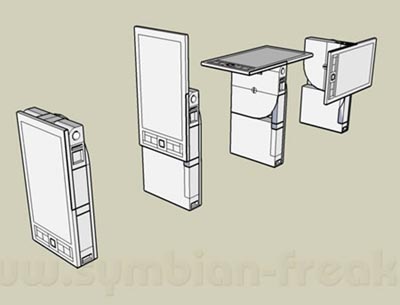 Most cell phone geeks will know that the Nokia N-series is comprised of several multimedia-minded smartphones, so how is Nokia going to differentiate its first touchscreen smartphone from the rest of the bunch? By ditching the number part of the model name of course!

Keeping with the multimedia smartphone thing but adding in a glorious touchscreen display is the Nokia N-XT concept phone. In its closed position, you may mistake the N-XT with something like the Nokia N95, but there’s something quite different about this phone. You see, the 4.1-inch WVGA touchscreen display is fully convertible, having the ability to slide and swivel to your heart’s content. That’s pretty nifty.