What? You thought HTC was done with the announcements today with the unveiling of the HTC Touch HD? Oh no, they’ve got at least two more additions ot the HTC Touch line of Windows Mobile smartphones for you to consider.

The first is the HTC Touch 3G, which is the one at the top of the picture below. In essence, what you are getting is the original HTC Touch with a dressed up appearance and the addition of 3G connectivity. This seems to take on the same philosophy as what Apple did with the iPhone and the iPhone 3G. The new HTC Touch 3G is a bit taller and a touch thinner, and the TouchFLO UI is in full effect.

The second is the HTC Touch Viva, which is the one at the bottom of the picture below. Designed for developing markets, the HTC Touch Viva are exactly the same as the original HTC Touch, but HTC has replaced the hard glass screen with a standard plastic film. The 2D TouchFLO user interface is functional and fast. 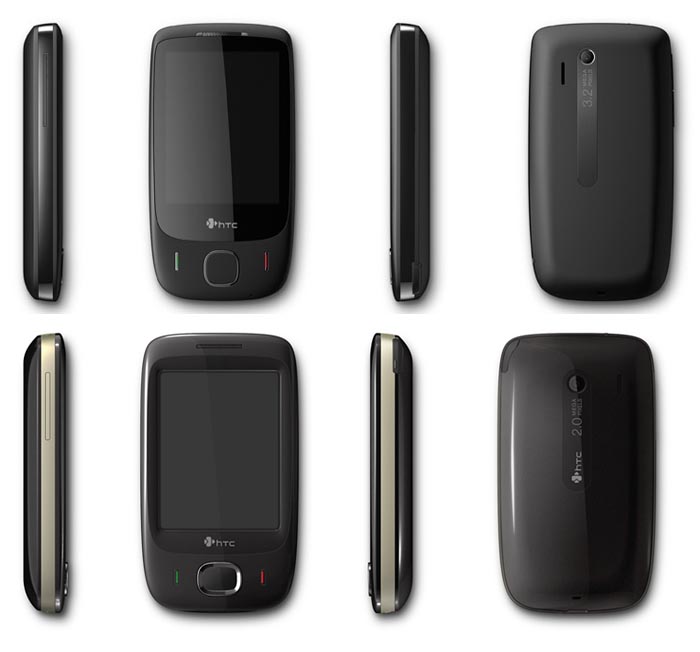