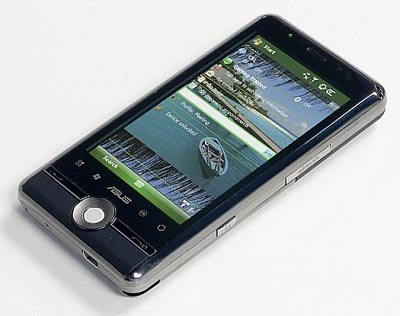 Everyone is getting pretty amazed over the HTC Touch HD smartphone that was officially announced earlier today, but it’s not going to be the only phone with a WVGA touchscreen. Asus has one of those in the works as well. Taking on the familar bar form factor with a minimal number of physical buttons, the Asus Galaxy7 rocks a 3.5-inch WVGA touchscreen.

Powered by Windows Mobile 6.1, this well-constructed smartphone also gets equipped 5 megapixel camera, 4GB of internal memory, GPS, Wi-Fi, and microSD expansion. Cellular connectivity comes by quad-band GSM and a little support for 3G to boot. As expected, the Asus Galaxy7 will get treated to the Asus Glide 1.5 user interface as well.

Word on the street is that this phone, which is still a rumor at this point, will be released in Europe as the XDA Zest for O2. No word on price either.