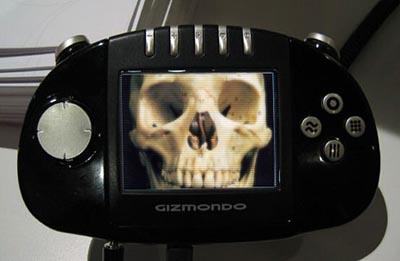 Did anyone even buy the first Gizmondo? It was such an obscure portable gaming device, but its successor may be able to attract a little more attention, because it will be powered by the Google Android operating system. Rumors pointing in this direction have been floating around for a little while now, but the Android rumblings have now been confirmed by the manufacturer.

The Gizmondo 2 will look pretty much like the first Gizmondo, rocking a round directional pad on the left, four face buttons, and a couple of shoulder buttons to boot. The overall form factor is very similar to the Sega Game Gear, but the Gizmondo 2 will have a better battery and nVidia graphics. If you’re not a fan of Android, they may also offer the Gizmondo 2 with Windows CE.

The problem with the first Gizmondo is that no one developed any applications or games for it. With the adoption of Google Android, there may be more of a community for this kind of thing. You know, for folks who aren’t buying the HTC Dream G1.