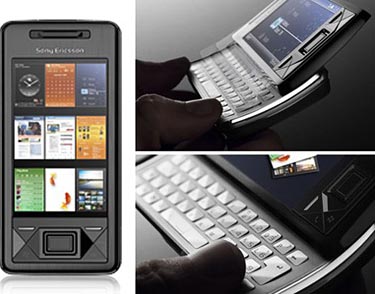 It’s official. After months of rumors and speculation, Sony Ericsson has officially announced that the Sony Ericsson Xperia X1 smartphone will be ready for mass consumption on September 30. The Windows Mobile-powered smartphone is actually built by HTC and comes equipped with a unique user interface that makes Windows Mobile a little more aesthetically attractive.

We had heard earlier rumors that the Xperia X1 wouldn’t be ready for primetime until early next year, so it’s definitely with a sigh of relief that we hear the phone will launch by the end of this month. That’s the good news. The bad news is that the September 30 launch date does not apply to North America.

Instead, the people of the UK, Germany, and Sweden will get the Sony Xperia X1 on September 30. Europe, Asia, and Latin America will follow suit during Q4 2008. Strangely, the press release just says that the availability dates for North America, China, Australia and Russia “will be announced by local markets in the coming months.” A localized version for Americans may not become available until, you guessed it, early 2009.