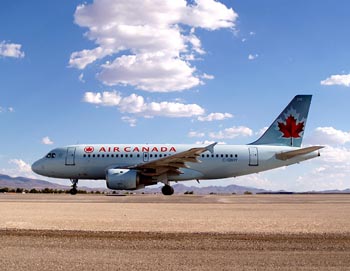 Flying across the country can already be an exercise in frustration, so crossing some borders can prove to be an even lengthier (and more boredom-inducing) flight. Sure, in-flight entertainment systems can offer you a movie and some music, but what about the entertainment value of the interwebz?

Even though American Airlines and Delta have already announced in-flight Wi-Fi for its customers, Air Canada will actually be the first international airline to offer the flight-happy Internet to its riders. Just like American Airlines and Delta, Air Canada turned to the good people at Aircell for the equipment and infrastructure. Passengers can surf the web in the air via Gogo.

The first Airbus A319s will start getting the equipment soon and the service is set to launch in Spring 2009.