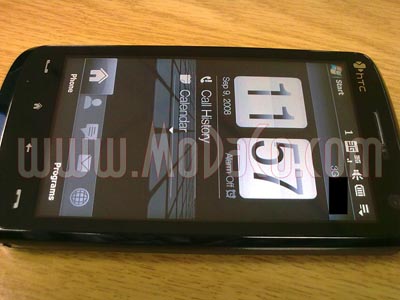 There’s no denying that HTC has really taken some massive strides in recent years, really establishing its brand as the premiere manufacturer of Windows Mobile smartphones. We’ve already seen the HTC Touch, Touch Dual, Touch Diamond and Touch Pro, so let’s add another Touch to the mix with the HTC Touch HD.

As its name implies, the single greatest feature that sets the HTC Touch HD apart from the rest of the touchscreen smartphone family is the fact that the display has a super high resolution display, numbering 800 pixels by 480 pixels. That gives you crisper text, prettier menus, and some great multimedia experiences.

Rounding out the specs are a 528MHz processor, 256MB RAM, 5 megapixel camera, GPS, and HSDPA. No word on price — this phone isn’t even official yet — but we hear that it’ll launch in time for Christmas.