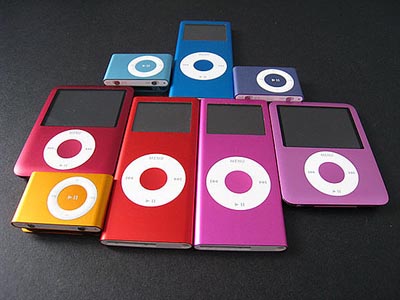 When you are a gadget geek like me, you’ll automatically feel inclined to buy just about any shiny new toy that is waved in front of you. You may not necessarily follow through with the purchase, but the possibility always crosses your mind and it will continue to pester you every time you walk into a Best Buy or any other electronics retailer. For some people, it’s about upgrading their mobile phones every year (or sooner). For others, it’s about portable entertainment and that’s what I want to talk about today.

When Apple first entered the MP3 player market with the first-generation iPod, I didn’t pay too much attention. It wasn’t a proven technology at the time and Apple didn’t have nearly the same kind of mass market presence that it enjoys today. I also didn’t see that much value in owning a proper portable music player, because I preferred listening to my tunes through either a home or car stereo. The capacity of the first MP3 players weren’t very impressive either.

As generations went on and technology improved, so did the Apple iPod. I wasn’t as much of a gadget geek then as I am now, but they really started to grab my attention. Even so, I had a somewhat anti-Apple sentiment for no real reason in particular. Keeping an eye on my wallet, I opted for smaller and more affordable options from Samsung, Sandisk, and other companies. Portability was more important to me, especially since I used them when I’d go for a run or whatever.

With the arrival of the first-gen iPod nano, things changed. The iPod nano was compact, had a decent display, and boasted an adequate amount of storage. Even so, I was able to abstain. I bought a second-gen nano for my girlfriend, but I remained iPod-free until I received a third-gen nano as a birthday present. It was only then that I became a little more enraptured with the Apple music experience.

It wasn’t all that long ago that I received my third-gen iPod nano, yet I am mildly attracted to the newly revealed fourth-gen iPod nano. You may have seen it yesterday during some shindig in San Francisco. The new nano comes with a couple of new features and the form factor is apparently more comfortable, but at its core, the iPod is still an iPod.

Would I be throwing my money away by buying a new iPod nano already? I don’t have much use for owning two iPods and it’s not like I’d be able to recover much if I tried to sell my third-gen anyhow. However, the gadget geek in me is definitely tempted. 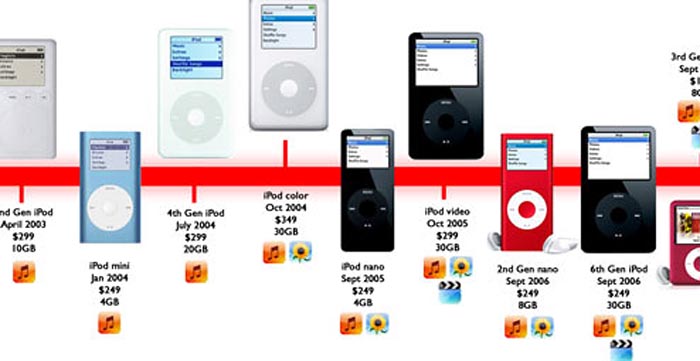 Growing the Collection, A Couple Hundred Dollars At A Time

Apple has done a terrific job with designing, creating, and marketing its iPod line of portable media players. The same can be said about the iPhone and other consumer level products. It’s not that I feel resentful, per se, toward their marketing tactics, but it is frustrating on my pocketbook when I look at spending a few hundred dollars at a time on a shiny new toy. It’s like the typical Steve Jobs “Oh, and one more thing” addition to nearly every announcement.

But that’s the life of a gadget geek. I imagine it’s much the same for fashionistas and the new clothing lines each year. I don’t know about you, but I’d prefer a new MP3 player or cell phone over a new pair of pants. These jeans are still fine, but a new iPod could be heavenly… until the next generation, at least.

For more on the evolution of the iPod, what you paid, and what you got, check out the great graphic from GiZmodo. It seems like the $200-$250 range is the sweet spot for our hard-earned cash, no?