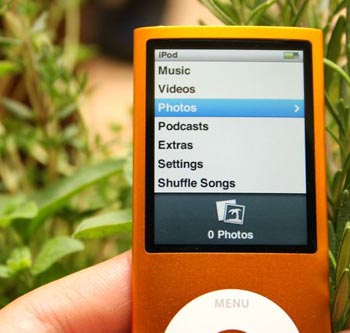 Apple held it’s Let’s Rock event in San Francisco on Tuesday and the world was officially introduced to the fourth-generation iPod nano. It comes with a number of new features, so it’s good to see that a video has been produced that walks us through the whole thing. As you know, the specs on the new iPod nano are pretty much as expected… well, not everyone expected the accelerometer.

The fourth-gen iPod nano has rounded edges, not unlike the iPhone 3G. It also has a motion-sensing accelerometer, just like the iPhone 3G. The form factor is more in line with the length-wise 2nd gen nano, as opposed to the “chubby” shape of the 3rd gen. Even though it looks bigger, the screen on the 4th-gen iPod nano is actually identical to the 3rd-gen, only turned sideways.

In the video below, you’ll be able to check out the improved menu interface, the “shake to shuffle” feature, the ‘automatic landscape orientation when turned sideways’ feature, and more. Overall, while the new nano isn’t exactly groundbreaking, it’s a very solid release from Apple.