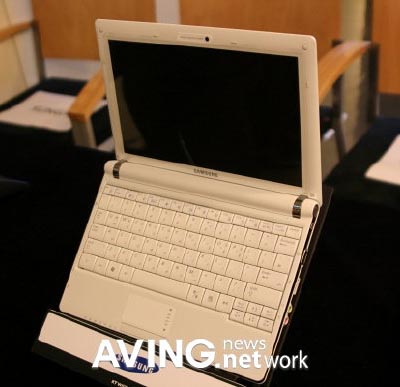 If you’re already producing regular notebooks, I supposed it is not a quantum leap to start producing smaller netbooks too. That could explain why Samsung is getting into the subnotebook game with an Atom-powered netbook of its own.

Seemingly following in the footsteps of manufacturers like Dell, MSI, and HP, the yet-to-be-named Samsung netbook will boast a 10-inch display, pitting it in the same market as the Asus Eee PC 1000 and the MSI Wind. Because of the somewhat larger display, you can probably expect a more comfortable keyboard as well. Other features include a trio of USB ports, audio in and out, and VGA output.

No word on pricing or exact specifications, but Samsung expects to ship its Atom netbook to Korean customers next month.