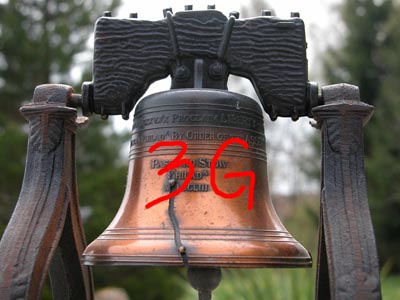 The city of brotherly love was told that it would be getting T-Mobile’s 3G coverage at some point in 2008, so it’s with a little bit of a surprise that the people of Philadelphia suddenly received that coverage over the weekend.

There hasn’t been an official announcement from T-Mobile regarding the rollout just yet, but a young man on HowardForums yesterday exclaimed that he was unexpectedly enjoying “800-1000kbps download and 200-300kbps upload” speeds. That’s pretty quick, I’d say, rivaling some lower end broadband connections that populate some homes.

Seeing how the city with the Liberty Bell is now enjoying T-Mobile 3G, it shouldn’t be long before other “sometime in 2008” regions get their fill as well. New England could be next on the list.