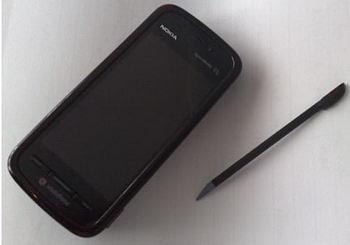 While it seems like everyone else has already launched a touchscreen multimedia phone of some kind, Nokia is finally joining the party with the upcoming Nokia 5800 Tube. This is mostly rumors and speculation at this point, but sources are saying that the touchscreen-equipped Nokia 5800 Tube will be made available to the public on October 8. That’s the good news.

The bad news, at least for North Americans, is that the initial launch could be limited only to United Kingdom, offering Britons first dibs on Nokia’s first touchscreen phone. We’ve seen several live pictures of the upcoming handset already, so development should be done or close to done by now. Nokia has, to date, kept its mouth shut about a release date.

That said, you may want to keep Nokia’s track record in mind. The Finnish phone giant announced the Nokia N96 way back in February and has only gotten around to releasing it now. If this is the case with the 5800 Tube, you may not get tubular until early next year.