Blue. Everyone likes blue. Recognizing this nearly universal preference, Microsoft unveiled the new family of Microsoft Zune media players earlier today and everything is in line with the leaked details we’ve been hearing about these past few days.

Also as expected, there are capacity bumps across the board and price cuts for the current capacities. The 80GB and 120GB HDD Zunes will sell for $230 and $250, whereas the 4GB, 8GB, and 16GB flash Zunes will sell for $130, $150, and $200. These prices go into effect on September 16. Along with the new Zune players themselves, Microsoft also announced some of the new features, including recommendations, new games, and a Wi-Fi music store for downloading using your Zune Pass. Oh, and the Zune is available in blue now too. 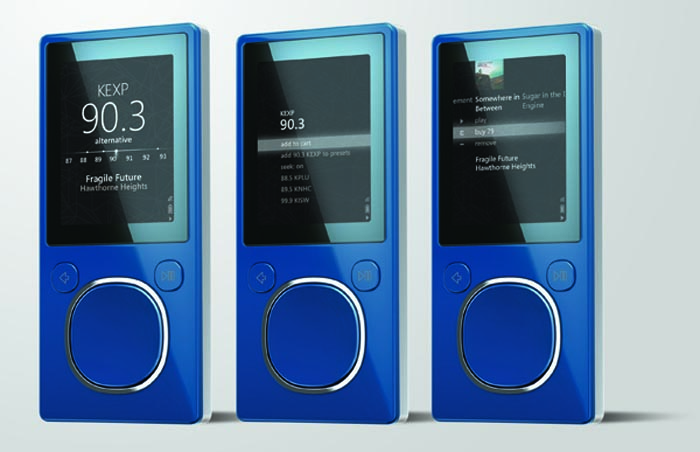