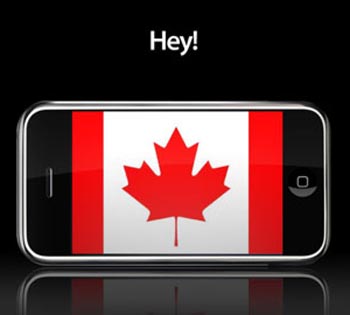 Compared to many parts of the developed world, Canada is pretty far behind when it comes to mobile phone technology. If you take a quick jaunt over to Hong Kong, you’ll find that it is not possible to buy a phone that isn’t unlocked. This is because the service and the hardware are considered to be two separate things. Paddle over to Korea and you’ll be treated to a sea of mobile television options. Head over to Europe and you’ve got quite a few data opportunities on your hands, not to mention access to many phones that we don’t get around these parts.

Now, I’m not expecting the world of Canada’s major cellular service providers, but I have four rather reasonable requests that I think they should be able to accommodate. Whether they’d actually follow through and fulfill these wishes, which are likely shared with many other Canadians across this great nation of ours, remains to be seen. In the meantime, just bear with me as I go through this relatively short wish list.

Even though it may appear like a government tax on your monthly bill, the system access fee has absolutely nothing to do with the government and, realistically, it’s just a way for the network operators to charge you an extra $7-$9 a month. Yes, I understand that there are costs involved with building, expanding, and maintaining a cellular network, but shouldn’t those costs be integrated into the monthly plan?

From what I can tell, the reason why the System Access Fee (SAF) is separate from your standard monthly plan is because the operators are free to increase this fee during the life of your contract. By contrast, they are bound to the service agreement when it comes to your primary plan. They can change the fees for value packs, options, and the SAF, but not your plan. Thus, this gives them a window of opportunity to get more money from you when they need to pay for something.

All of the major providers in Canada — Bell, Telus, and Rogers — charge a system access fee, but strangely, some of their MVNOs and subsidiaries do not. If you go to the budget-minded (and spandex-wearing) Koodo Mobile, you’ll notice that there is no system access fee in sight. Solo Mobile also has promotions quite often that eliminate the SAF. It’s time that all operators do the same.

I’m not expecting a monthly credit for unused minutes; just the ability to use them in a future month. It doesn’t even need to be ad infinium. Maybe the rollover minutes can only roll over for X number of months. That would be a vast improvement over the status quo.

With the arrival of the iPhone 3G in Canada, we were finally able to get tons of data at a reasonable price. I’m not talking about that “unlimited surfing on your device” kind of data, but actual vanilla data that can be used however the consumer would like. Rocking 6GB for $30 is pretty fair in my books, because that’s virtually unlimited.

What about users that don’t need that much? Rogers is shifting to $25 for 500MB and $30 for 1GB at the start of next month, but there’s got to be an option that’s a little more affordable. Prior to these plans being announced, your best option was something like $15 for 2MB. That’s pathetic. What they need to do is get a vanilla data plan that is $10 for, I don’t know, like 100-200MB. Casual surfing.

Yes, Telus has that smartphone option, but it’s just not the same. Maybe I’m just nit-picking.

This one may actually come true. There is word that both Telus and Bell are planning on some sort of migration process where they will actually support HSPA, skipping the 2G GSM technology altogether. That’s fine by me. What it means is that we will finally have more options when it comes to using an unlocked import phone. Rogers (and Fido) have had that stranglehold for far too long. With the spectrum auction closed, we may be seeing a new competitor in the near future as well.

Maybe these four requests are just wishful thinking. Then again, I feel that they are all pretty reasonable and Canadians would be very happy to see them all satisfied. I’m not asking for free minutes, free data, or an iPhone for every man, woman, and child. I just don’t want to feel ripped off.