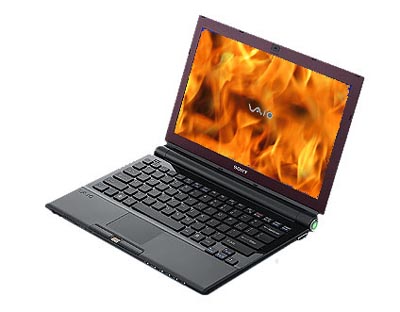 Oh, Sony. Won’t you ever learn? After going through quite the fiasco with laptop batteries spontaneously combusting, Sony has once again come under fire over some overheating notebooks. The good news is that the batteries are fine. The bad news is that the laptops are still catching on fire.

The victim of the added heat is the Sony TZ-Series notebook. More specifically, the units affected are the TZ100 series, TZ200 series, TZ300 series, and TZ2000 series purchased between July 2007 and August 2008. The issue with the overheating has been traced to “a poorly placed wire and/or dislodged screw in the hinge that could cause a short circuit.”

To date, 15 cases have been reported. There is no official recall issued just yet, but the potentially affected notebooks number over 70,000. If you’ve got one of these potentially fiery notebooks, it might be a good idea to give Sony a ring.