As we look forward to the momentous Apple event next week, it seems that iLounge has found a set of leaked schematics for the next-generation iPod nano and the somewhat updated iPod touch. There’s no saying how legitimate these schematics are, but they could offer a glimpse into what Cupertino will have in store for us next week.

The top set of schematics, shown below, is obviously for the fourth-generation iPod nano. This sketch is in line with what Kevin Rose is predicting, bringing the nano line back into the long and slender form factor of the first and second generation. It also happens to be the thinnest iPod nano to date at just 6.08mm, a full 0.4mm thinner than the second gen.

The second set of schematics, also below, is for the refreshed iPod touch. It seems that the iPod touch is getting the same curvy profile as the iPhone 3G, but there’s no mention as to whether the back will be made of plastic of metal. The new iPod touch also happens to be 1mm taller and 0.4mm thicker than its predecessor. It may have external volume controls too. 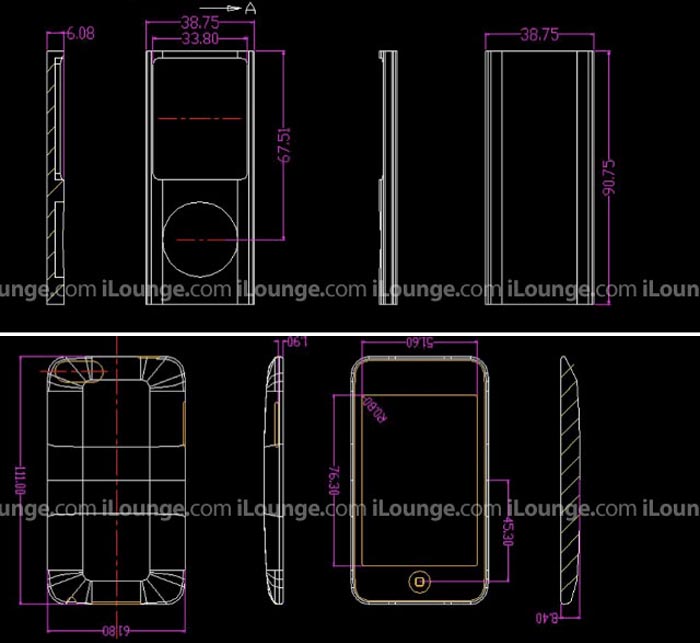