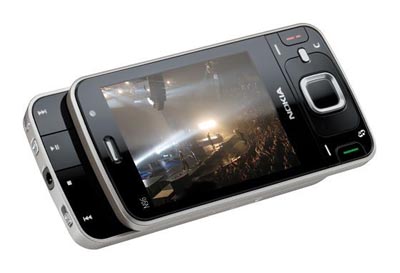 There’s certainly a lot of attention surrounding the Apple iPhone 3G and the BlackBerry Bold, but there’s another notable cell phone that has just entered the realm of availability. We’ve been waiting for the Nokia N96 for a little while, so it is with a sigh of relief that we hear the Symbian-powered wonder is now shipping to customers.

Following in the footsteps of the Nokia N95 but taking on a much more svelte appearance, the Nokia N96 smartphone comes equipped with a very healthy smattering of features. You get a 5 megapixel camera, 16GB internal memory, microSD expansion slot (for up to 8GB more), live video, proper speakers, dedicated media controls, and so much more.

The biggest word of warning is that you may need to save up some of that loose change before proceeding. Without the cushion of a carrier subsidy and contract, the unlocked Nokia N96 sells for 550 Euro. That works out to about $794.