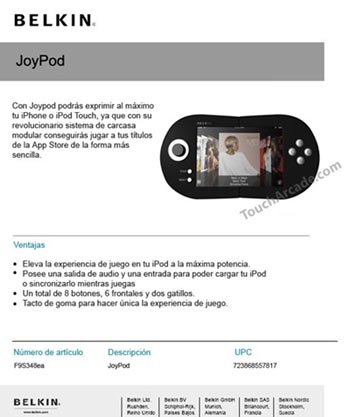 You may have heard the rumors yesterday about how Belkin was supposedly making a controller-case for the iPhone that would allow for more intuitive mobile gaming. Turns out that it was exactly that: a rumor and nothing more.

According to these earlier reports, the Belkin JoyPod would envelope the Apple iPhone in a case of sorts, providing it was a conventional directional pad (of sorts) and a set of face buttons. This would offer you a similar experience to the PSP, for example, with the added inclusion of the tilt-sensing accelerometer.

Well, sorry to crush your mobile gaming dreams, but Belkin has come out to squash that grain of salt-infused rumor. The PR rep says that Belkin has “no plans to release such a product.” Shucks.