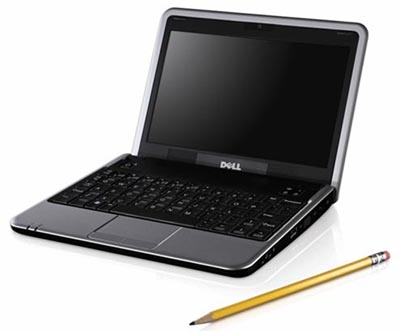 Although it’s just a touch late for the “back to school” crowd, it’s good to hear that the new Dell Inspiron 910 subnotebook could be ready for public consumption as early as this Friday.

Dell’s initial foray into the world of subnotebooks and netbooks has gone though a few different names in its short history, including the Dell E, the Dell E-Slim, and the Dell Inspiron Mini, but it seems that they have finally decided on Dell Inspiron 910 to be a little more in line with the rest of the laptop lineup. And yes, as its name implies, you should be expecting an 8.9-inch (almost 9-inch) display.

Entry-level configurations are said to start in the $300 range, directly approaching the same market as devices like the bargain-minded Acer Aspire One, which starts at $329.