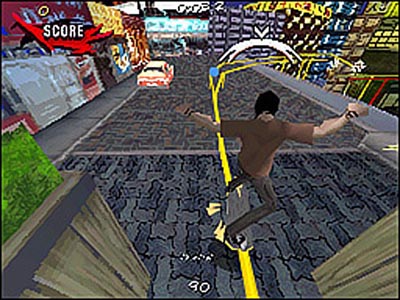 The Apple iPhone isn’t the only device to feature tilt-based gaming these days, because Tony Hawk’s Motion is coming to the Nintendo DS and you’ll control your boarder by tilting your DS.

As you know, the Nintendo DS (and DS Lite) does not come with its own built-in accelerometer, so the upcoming skateboarding game from Activision will come bundled with a proprietary Motion Pack (developed by Kionix) that sits inside the GBA slot of your Nintendo handheld.

Aside from the motion-based controls, Tony Hawk’s Motion for the DS will also feature snowboarding. I understand that skateboards and snowboards are inherently related, but I’ve never seen Tony Hawk up on the mountain amidst a pile of snow. Anyhow, Tony Hawk’s Motion will launch this November.