I don’t know about you, but there’s something about the center console on the upcoming Chevy Volt that reminds me of the white Samsung U700 cell phone. Oh right, it’s that glossy white finish and what appear to be touch-sensitive controls.

As you can see in the provided picture, the product Chevy Volt interior is certainly different than what most people were expecting. The rest of the dash seems to be a standard black or gray, but the media and climate controls are dressed up in a shiny white mess. There are very few physical buttons too, opting instead for flush touch-sensitive controls. Oh, and there’s that swiveling display too.

Maybe General Motors was going for the iPod look. Whatever the case, I feel that this interior is a little out of place for GM’s first plug-in hybrid, don’t you think? 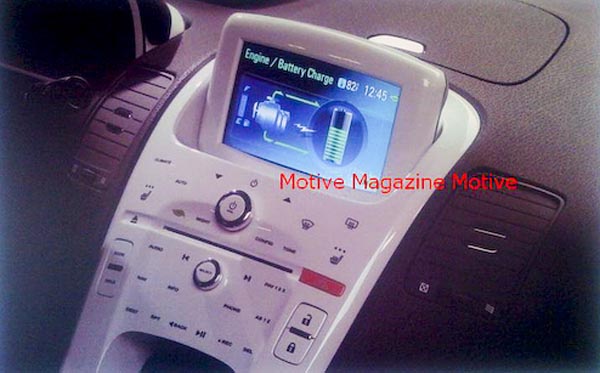