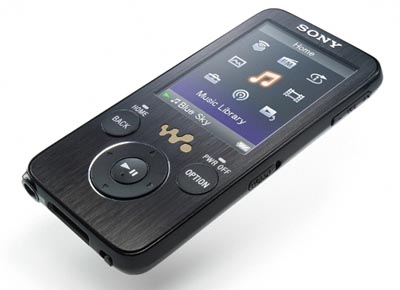 I don’t know too many people who own a Sony Walkman MP3 player, unless you count the people that own a Sony Ericsson cell phone. Although the Walkman brand doesn’t hold quite the same weight as it once did, Sony continues to innovate with its portable media players.

The latest media player from Sony is the new Sony S-Series Walkman. This is a high-end digital audio player and it just so happens to be their slimmest player to date. Further still, it gets loaded with active noise cancellation and the SensMe music suggestion engine. This engine suggest songs based on your “mood” as mapped on an X-Y chart.

Other features include a 2-inch QVGA display, support for a range of formats (WMA, AAC, MP3, WMV, MP4), and a 7.5mm profile. Bundled in the package are 13.5mm EX headphones and a passthrough cable that connects to in-flight entertainment systems. The 4GB and 8GB S-Series Walkman players will retail for $150 and $180 when they ship next month.