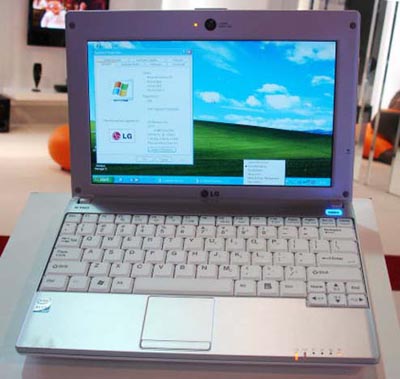 Some people call them subnotebooks and others call them netbooks, but whatever you want to call the LG X110, it certainly has one critical advantage over the Eee PCs and MSI Winds of the world. You see, in addition to an integrated Wi-Fi radio, the LG X110 can also do HSDPA.

The Flybook line from Dialogue boasts a similar functionality, but those little laptops are known to run well into the $3,000 range. That’s not exactly competing against the Acer Aspire One, for example. The LG X110, with its 8.9-inch display and reasonably sized QWERTY keyboard, is more in line with that end of the market.