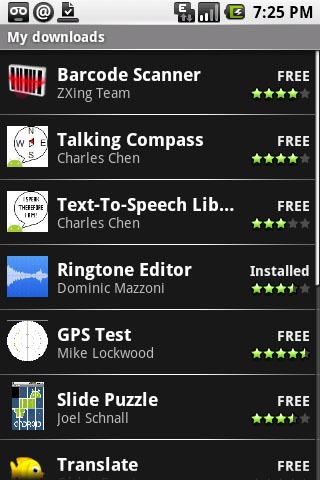 Just as iPhone owners have access to the Apple App Store, owners of a Google Android-powered device (like the HTC Dream G1) will have access to something that the developers call Android Market. This was officially announced on the Android Dev Blog today, opening up the arena for all the amateur application developers out there to have their way with the Android platform.

The key difference here is that it is the Android Market and not the Android Store. In this way, the team will not require any sort of approval process to have the apps listed. You just download at your own risk. It’s an open market, baby!

By and large, the Android Market will function in the same way as the Apple App Store, supporting things like versioning and update control. It will also support both free and paid apps, though the paid stuff may not be available right away.