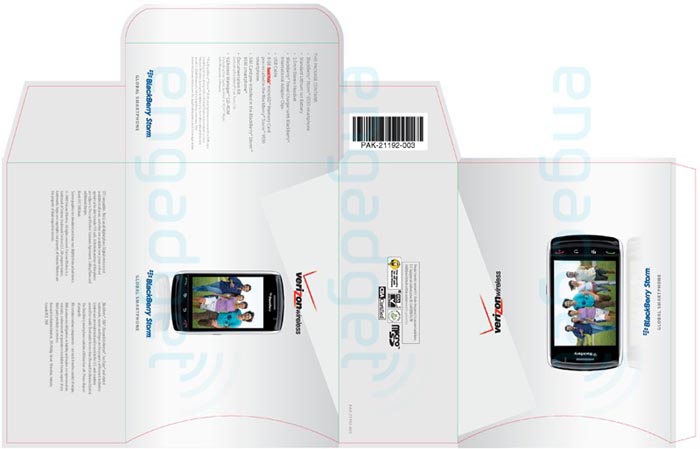 Figuring out the name of the upcoming touchscreen smartphone from Research in Motion has been confusing at best, but we can finally lay the matter to rest. It is both the BlackBerry Thunder and the BlackBerry Storm. Yes, it’s going to go by both names.

Now, it’s not like the Thunder and the Storm will be 100% identical. The BlackBerry Storm will be the CDMA version that will find itself over at Verizon, whereas the BlackBerry Thunder is the GSM model that will eventually end up at places like Rogers and Vodafone. Aside from the CDMA/GSM business, the specs should be much the same.

This means that you’ll get a 3.5mm headset jack, no Wi-Fi, a pre-installed SIM card, and pre-installed 8GB microSD memory card. It’s a world phone, so even the Verizon version will have the SIM slot (presumably). Oh, and just to make matters more confusing, both the BlackBerry Thunder and the BlackBerry Storm will rock the 9530 model number.