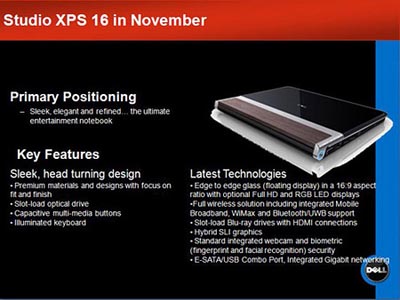 When Dell introduced the Studio line of notebooks, they slotted it between the more affordable Inspirons and the more expensive XPS laptops. I guess things are getting a little too complicated in multimedia notebook land, because Dell is reportedly going to merge the XPS line with the relatively new Studio line.

The Dell XPS 1530 line will be yanked, getting that segment filled with some Inspiron Studio series, but the XPS m1330 and m1730 will continue to live on. The proposed date is somewhere in November, around which time Dell will also launch the new Dell Studio XPS 13 and Studio XPS 15. Yeah, that’s not confusing at all.