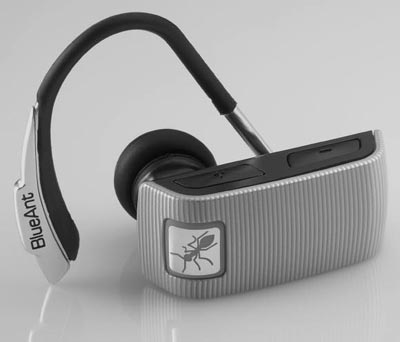 The guys at BlueAnt know a thing or two about producing quality Bluetooth products, but they seem to have some trouble getting said products into the marketplace. The BlueAnt V1 Bluetooth headset was first revealed at CES in January, but we heard nary a word about availability until now.

If you’re in the market for BlueAnt’s first Bluetooth 2.1 headset, your wait is almost coming to an end. BlueAnt has finally announced that the earpiece will be made available through the usual retail channels near the end of this month (there’s only a week left). The price has been set at $129.

The most notable feature on the BlueAnt V1 is its ability to recognize voice commands, not only for making voice calls, but also for pairing and volume control.