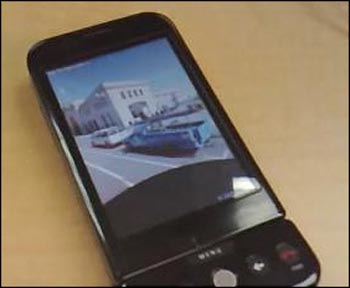 Ever since I took that quantum leap into the world of smartphones, I haven’t looked back. I just can’t imagine owning a regular mobile phone anymore, because it simply cannot offer the same level of functionality. Yes, most cell phones have calendar functions and task managers, but they’re just not as robust as what you can find on something powered by Symbian, Windows Mobile, or BlackBerry OS.

There are certainly some powerhouses in the realm of smartphones, but Apple has shown that it is possible to make a huge splash in the market with a platform that is completely new to cell phones. I think we’d all agree that the Apple iPhone has been a resounding success.

The next major player to enter the arena will be the Google Android platform. We’ve been hearing all sorts of things about what the Google-sourced OS will bring to the smartphone market, but will it be able to live up to the hype? Will Android be everything that we dreamed it to be?

If we take a brief walk down memory lane, it wasn’t that long ago that most people were torn as to which search engine they should use. While there are still a considerable number of people who use MSN or Yahoo!, the vast majority of the online audience has come to rely on Google. Aside from the search engine, we have also come to rely on Google for other things, like RSS aggregation, email, news, and even word processing. Yup, Google dominates my life.

While we are able to surf YouTube on certain cell phones and the big G is dabbling in mobile ads, Google has largely left the mobile phone world alone up until now. With the pending arrival of Google Android, we could be seeing yet another major giant in the smartphone realm. Google made a huge splash with Gmail and more people are using Google Docs by the minute. I have every reason to believe that Google will achieve a similar level of success with cell phones.

Can you imagine the integration possibilities with a platform like this? Instead of a phone that is configured to work over Microsoft Exchange, for example, it could be pre-configured to sync with your Gmail account. No need to deal with a messy setup: just enter your username and password. The same kind of integration can be handled with Google Calendar, Google Maps… maybe even AdSense and Analytics. If you’re using all these services already, a Google-powered phone is a no brainer.

The HTC Dream will be the first Android-powered smartphone to make its way to North America. Everything is pointing toward a launch through T-Mobile, though the actual release date still sounds a little murky. Some people are saying this October; others are saying that it has been delayed until early next year.

From what we can gather, the HTC Dream will take on a form factor that is very similar to the HTC Touch Diamond, Apple iPhone, and Samsung Instinct, but it will come with something a little extra: a slide-out QWERTY keyboard. Personally, I’m a big fan of HTC’s sliding keyboards, preferring them heavily over the virtual keyboards of touchscreen phones. In this way, this is a plus for me.

The trade-off is that while the HTC Dream will have a similar footprint as the HTC Touch Diamond, it’ll be a fair chunk thicker. Maybe it’ll be more in line with HTC Raphael, also known as the HTC Touch Pro. I’d be alright with that, so long as the auto rotation is extra speedy. I don’t like lag. 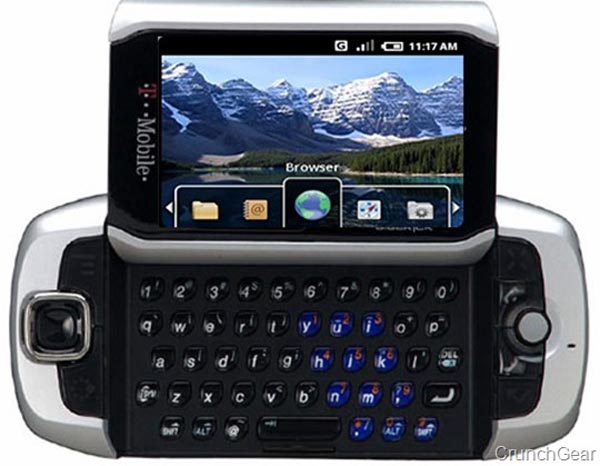 Revival of the Sidekick?

One of the latest rumors is saying that the HTC Dream won’t be Diamond-like at all. Instead of a touchscreen (or possibly in addition to one), the Dream may come with trackball navigation, not unlike the BlackBerry Curve and Sidekick line. Yup, Sidekick… and T-Mobile’s the first to get the Dream. Are we on to something here?

The same rumor says that the keyboard won’t be like the HTC TyTN II or Touch Pro. Instead, the QWERTY keyboard will have a look and feel that is more in line with the Sidekick line of devices.

In any case, I want the HTC Dream. I just hope that HTC, Google, and T-Mobile don’t have their respective heads in the clouds on this.