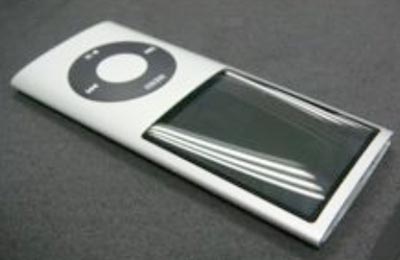 Kevin Rose of Digg.com is the kind of guy that likes to make a lot of bold predictions, but given all the industry contacts that he has, Kevin’s thoughts bear quite a bit of weight. In the past, he’s really gone out of on a limb with some wacky predictions, so when he took to the fourth-generation iPod nano, we were all ears (even if his predictions may not come true).

Fortunately or unfortunately, Kevin Rose wasn’t quite as bold with his recent predictions concerning a refresh to the Apple iPod line. The good news is that he says Steve Jobs will have some new music and video-playing toys for us within the next couple of weeks. For more on the Kevin Rose iPod predictions, you can read his blog post. Myself, I’m going to go through some of his major points one at a time.

With the first generation iPod nano, we got a long and slender device with a chrome back. When the second generation rolled off the production line, we were treated to much the same form factor, but the rounded aluminum body reminded us of the iPod mini days. All those color choices were certainly daunting as well. With the arrival of the third-gen, the form factor got a little chubbier, but we got a bigger screen to go with it.

According to Kevin Rose, the fourth-generation iPod nano will be none of these. The form factor will return to a longer form, but it won’t be in the same ilk as the first and second gens. Instead, the display will be especially tall so that it can do the widescreen thing when the nano is turned to its side. For this reason, the new nano looks like it could be up to three times as big as the current nano. The rendering is shown above.

While I can appreciate the larger display, I feel that the whole point of the iPod nano in the first place was that it would be remarkably pocketable. Some people may disagree, but I like the “chubby” shape of the current nano. I hope that Rose is wrong on this, but many other sources are pointing in a similar direction. I’m not too sure about this particular rendering, though, because it looks a lot like those early “leaked” pictures of a paper iPhone. You remember those, right?

Rose says that this will be a minor revamp to the iPod Touch styling, so there really isn’t much to report here. I imagine that it could borrow a couple of ideas from the iPhone, but that’s about it. Maybe some color options. Yay?

The new 2.1 firmware will initially be released to the iPod touch and then the iPhone will get in on the action shortly afterwards. This is the first major update since the 2.0 firmware was released last month alongside the new App Store.

Personally, I find it odd that Apple would give the love to the iPod touch people before the iPhone, but this could coincide with the “updated” iPod touch mentioned above. I’m guessing that the iPod touch folks will have to fork out about $10 for the new firmware, just as they did for 2.0.

Seeing how the 8GB iPhone 3G can be picked up for $199, it would be difficult to justify the purchase of an iPod nano or iPod touch if either was priced at over $200, right? In this way, Kevin Rose is predicting some rather major price cuts to set the nano and touch below the iPhone level of pricing.

Somehow, I find this highly unlikely. The iPhone 3G can only be had for $199 when accompanied by a contract. In the States, you do a two-year with AT&T, but in Canada, you’re stuck with a three-year through Rogers. That’s painful and that’s why some people are much more motivated to get an iPod touch sans contract. You also have to realize that the $199 price point is subsidized. AT&T and Rogers pay much more than $199 for that thing. Just look to the $700 that people in India will have to pay.

While neither capacity bumps nor price cuts would surprise me, I don’t foresee Apple cutting prices so much as to place a 32GB iPod touch (without contract) below the 8GB iPhone 3G (with contract).

Wanna see this new iPod predictions straight from the horse’s mouth? Here’s the YouTube video. In it, he also mentions the potential release of iTunes 8.0 and OS X 10.5.6, the latter of which comes with built-in Blu-ray support. For this reason, future MacBook Pros will likely get loaded with Blu-ray players too.

In any case, we should be finding out in the next few weeks whether Kevin is bang on or if he completely missed the mark. The new iPod nanos, in particular, are said to come out in the next 2-3 weeks.