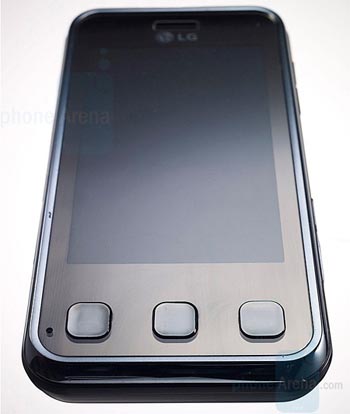 It’s time once again to introduce a handset that will inevitably be compared to the Apple iPhone 3G. What we see here is the newly revealed LG KC910, the semi-official successor to the previously released LG Viewty.

Perhaps one of the first things that you will notice about the LG KC910, aside from the large WQVGA touchscreen, are the three physical buttons at the bottom of the device. I personally prefer physical buttons over touch-sensitive controls, so this is an improvement in my books.