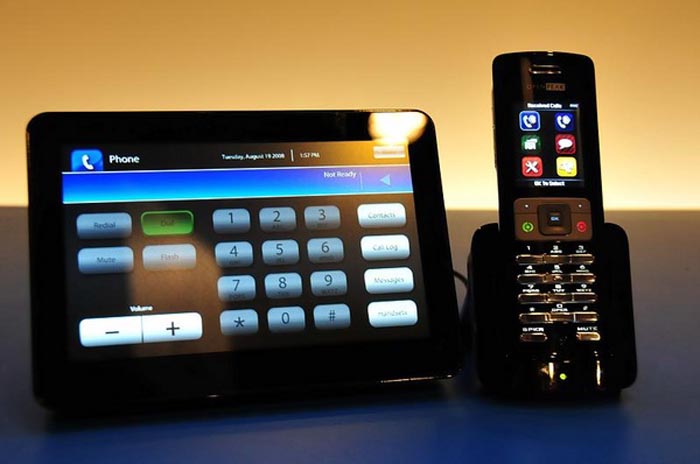 Up until now, we’ve largely only seen the Intel Atom processor being implemented in netbooks and MIDs. OpenPeak is expanding the processor’s utility with the introduction of the Home Media Phone.

In some respects, you could say that this is just another VoIP handset and base station, but the Home Media Phone packs quite a bit more of wallop. For example, the base station also acts as a speakerphone and it runs on its own Flash-based software platform. There’s even a full API.

The OpenPeak Home Media Phone, in this way, can almost offer a computer-like experience in a picture frame-like package. Unfortunately, it seems to be a bit of a confused device. It’s got RSS, but no web browser. It can control household appliances, but it’s stuck to the wall. At least the touch interface is nice.

The first units are being scheduled for shipment “as soon as January of next year.”