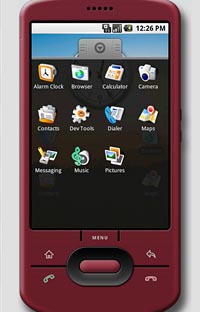 This is still an unsubstantiated rumor at this point in the game, but word is that the HTC Dream, complete with Google’s Android operating system, will be launching on the T-Mobile network on October 13th. Better still, the hot handheld will be priced at just $199, assuming that you’ll sign a new two-year contract with T-Mo.

Earlier rumors were pointing toward a proposed September 17 launch of the device, but these more recent reports indicate a slightly later release window. We’ve heard about some delays surrounding Android already, so pushing the date back to October sounds quite feasible.

According to the current rumor, pre-orders on the HTC Dream will start on October 3 with delivery coming on October 13. Another report says that the Android-powered handheld will only cost $150, but that could be only for the eligible online preorders. We can’t say for sure. The unlimited data and messaging plan is priced at $35.