The FCC has let yet another product annoucement squeak out before launch. This time a “Portable Media Device with 120GB Hard Drive” made by Microsoft, meaning a Zune update in the near future. It’s quite likely this will be the replacement for the current 80GB Zune or perhaps just another size to add to the current product line.

The new Zune was tested on June 19th and we can expect it to be released this year as part of Microsoft’s yearly update to their players and software suites. If this is Microsoft’s best attempt at taking out Apple’s iPod market, maybe they should try a bit harder or invest their money in marketing – like Samsung is doing with the Instinct via Twitter. 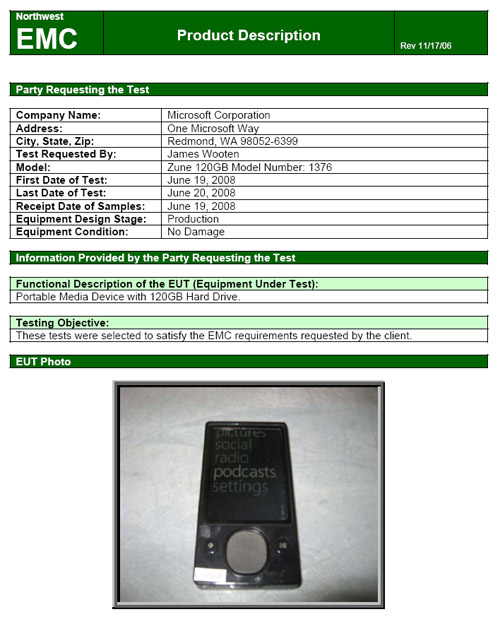