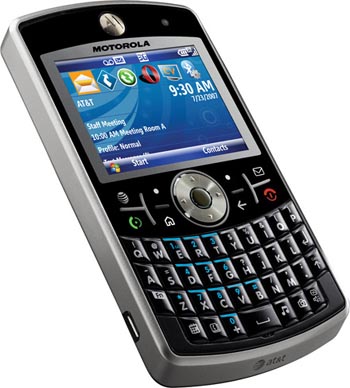 Maybe you’ve been bouncing around the office with a Motorola Q9h smartphone for some time now, but you’re itching to get your hands on a faster phone. You might want to hold your horses there for a moment, though, because the official Windows Mobile 6.1 update for your smartphone has arrived.

Bumping the Motorola Q9h into the land of Windows Mobile 6.1 is supposed to bring a “moderate number of new features”, but more importantly, the update is supposed to provide “slightly improved device response and speed” as well. You won’t be saying goodbye to lags and delays altogether, but the experience should be a touch faster.

You can download and install the update through this link, but it’d probably be a good idea to do a full backup first. Just in case.