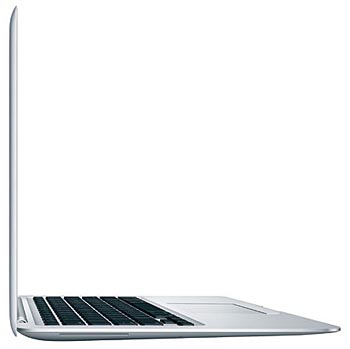 As with all personal electronics, the MacBook Air from Apple only has so long of a shelf life before it becomes due for an update. That due date is really starting to creep up on us and that’s why some details concerning the new MacBook Air have started to surface on the Internet.

According to these rumors, the updated MacBook Air will take on a nearly identical form factor as the existing unit. It will still be metal with a super thin profile and it will most likely still only have one available USB port. Where the upgrades come into play is on the inside.

The processor will be bumped up to a Penryn-class Core 2 Duo and it will be accompanied by a beefier battery, larger hard drives (120GB or 180GB), and likely some update to the SSD option as well. Pricing should be more or less in line with the current version.