Now that we’ve seen a few renders and even live shots of the upcoming BlackBerry Javelin, we’re left wondering exactly how big is this new smartphone? Is it going to be gigantic or is it going to be totally pocketable like the BlackBerry Pearl.

Your question is now answered, kind of, as here is a picture of the BlackBerry Javelin placed between the BlackBerry Curve and the BlackBerry 8800. More likely than not, the Javelin is being primed to replace the Curve, so it takes on very similar proportions. You will notice that it is a little smaller and thinner.

As expected, you get Wi-Fi, GPS, QWERTY, and the trackball. If you’re not digging the larger form factor of the BlackBerry Bold, then the Javelin may be more your cup of tea. 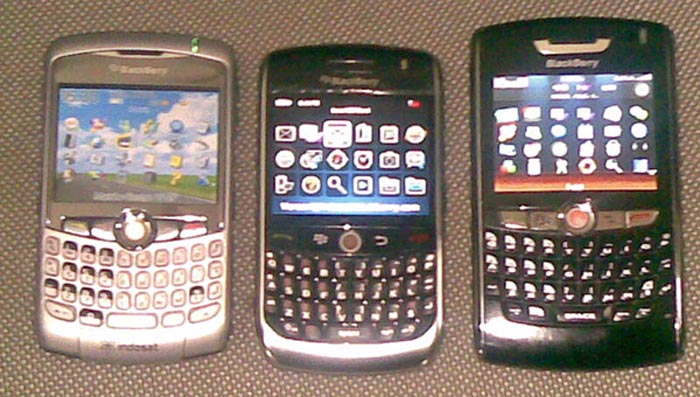