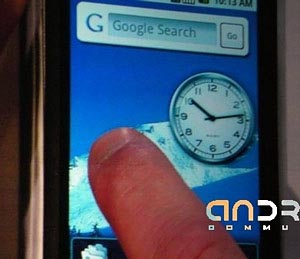 In the smartphone world, one of the most highly anticipated launches this year will have to be that of the Google Android platform. This new operating system is supposed to be a heavy rival for the likes of Windows Mobile, BlackBerry, Symbian, and the rest of that crew. So, when is this mythical OS going to make its official debut?

The current rumors are pointing toward a September 17th launch of the HTC Dream on T-Mobile. If the rumors are true, then this would be the first Android-powered phone to make it into the primetime. I should note that the September 17th date only represents a “special promotional pre-sale event” and not the “full” launch date.

In terms of specs and features, the HTC Dream is said to come with a slide-out QWERTY keyboard, 3G data, touchscreen, 3.0 megapixel camera, and the requirement of a data plan. Pricing is said to be set at $150 with contract for current T-Mo subscribers.