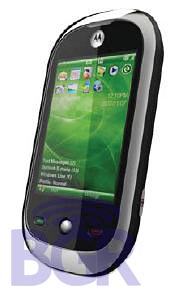 While you could say that something like the MOTOMING is supposed to compete against the iPhone, it’s probably more appropriate to say that the rumored Atila smartphone is Motorola’s answer to the Jesus Phone.

Chalk this one up in the unsubstantiated rumor column for now, but what you see before you is the Motorola Atila. Yes, that’s just a codename and it’ll probably change before the handset reaches the marketplace. By most accounts, the Atila Windows Mobile smartphone is essentially the Motorola Alexander, but without the slide-out QWERTY keyboard.