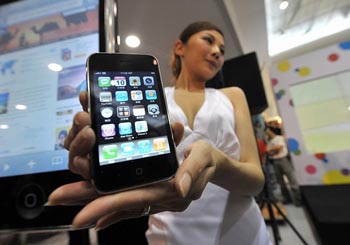 While I am still trying to figure out what is the best way to pluralize iPhone 3G (iPhones 3G? iPhone 3Gs?), Apple is busy selling the hot new cell phone. In fact, the Cupertino-based company has managed to push three million of the touchtastic wonders into the hands of consumers already.

This sales figure has not yet been confirmed by Steve Jobs and Apple, but former T-Mobile executive Michael Cote says that the demand keeps going up thanks to the affordable price point, “consumer enthusiasm”, and its introduction into international markets. The iPhone 3G is experiencing “unprecedented demand.”

If Apple was able to sell one million of these things in a single weekend, pushing out two million more in the next 30 days doesn’t sound that far-fetched.